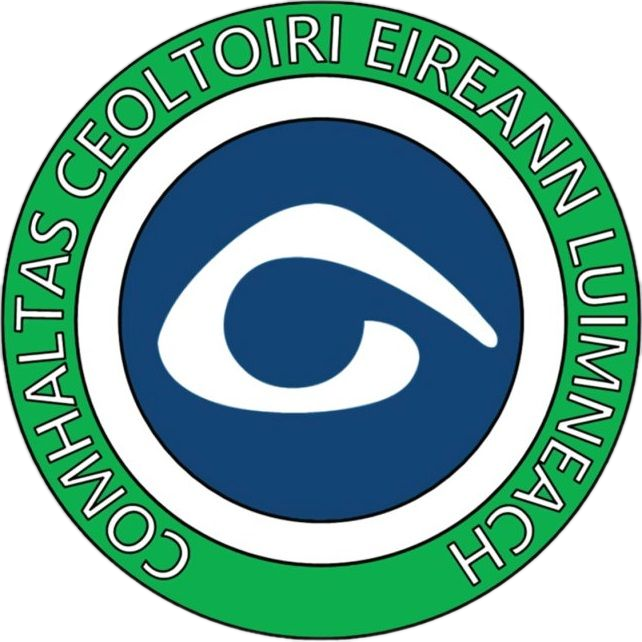 “Tá bliain an Chomhaltais 2018/2019 sa chontae tagtha chun deiridh agus tá séasúr nua ós ár gcomhair amach. Tá buíochas tuilte ag gach éinne a chabhraigh i rith na bliana chun aidhmeanna an Chomhaltais a chur chun cinn. D’éirigh go maith le himeachtaí i gcoitinne ach tá gá le feabhas a chur ar rudaí anseo agus ansúd. The 2018/2019 Comhaltas year has come to an end and a new year is ahead of us. Limerick County Board wishes to acknowledge the work of everyone who helped in promoting the objectives of Comhaltas. County Board events were well supported by most branches but there is always room for improvements. The County Board would like to thank the Limerick branches, Comhairle na Mumhan, Head Office for all their cooperation during the year. I am grateful for all those who help me during the year.” - Ultan Ó Maolcatha, Rúnaí Bord Chontae Luimní

COUNTY CONVENTION 2018: The Annual Limerick County Convention of Comhaltas took place on Wednesday night, November 29th 2018 in the Woodlands House Hotel, Adare. The meeting was chaired by Cathaoirleach Séamus Ó Ceallaigh. The meeting was well attended with 10 out of the 13 branches represented – present were CCÉ, Ardacha/Carraig Chiarraí, Áth a’ tSléibhe, Baile Dhá Thuille, Caisléan Uí Chonaill/Atháin/Baile Iorbairt, Cluain Chréadhail, Garraí Eoin, Craobh Peig Uí Riain Má Rua/An Cheapach Mhór, Craobh Naomh Mhichíl and Teampall a’ Ghleanntáin. Absent were CCÉ, Ballyhoura, Caladh an Threoigh/Baile Brun and Tuar na Fola. The guest speaker on the night was John Stack, former PRO of Kerry County Board of Comhaltas. John spoke of the importance of PR for the promotion of Comhaltas at branch and county level. The meeting concluded shortly after 9.30 p.m. with a cupán tae and refreshments. Máiread Uí Mhaolcathaigh from CCÉ, Craobh Cluain Chréadhail stepped down as Treasurer of Bord Chontae Luimnigh at the County Convention having served as Cisteoir since 2009. Numerous people on the night spoke on the crucial role Margaret had in the County Board which she carried out with such dignity and efficiency.

CRUINNITHE/MEETINGS: There were 5 County Board Meetings held during 2018/2019. Attendance at meetings was as follows: 6 Branches (CCÉ, Áth an tSléibhe, Caisleán Uí Chonaill/Atháin/Baile Iorbairt, Cluain Chréadhail, Peig Uí Riain, Craobh Naomh Mhichíl and Teampall an Ghleanntáin) attended all 5 meetings; 2 Branches (CCÉ, An Gleann and Caladh an Treoigh/Bailebrun) attended 4 meetings; 1 Branch (CCÉ, Baile Dhá Thuile) attended 3 meetings; 3 Branches (CCÉ, Ardacha/Carraig Chiarraí, Ballyhoura, Garraí Eoin ) attended 2 meetings and 1 Branch (CCÉ, Tuar na Fola) attended 1 meeting. The attendance record of a small number of branches is not satisfactory. In order that Branch members are kept informed of trends within CCÉ at County, Regional and at National level, branch delegates, who are in fact members of the County Board, should endeavour to be present at ALL Board meetings, where they can share in what is happening nationally; have a voice in the formation of Comhaltas policy, and report back to their Branch Meetings. Unfortunately, this is not always the case. We would appeal to all branches to send representatives to all meetings so that each would participate fully in the work of the County Board and report on a regular basis to their own craobh. It is quite impossible to fully achieve the objectives of our organisation without full participation and involvement. This is a two-way operation as it also allows the opinions of the branch members to be aired at county board level.

BALLRAÍOCHT/MEMBERSHIP: A total of 13 Branches were affiliated for 2018/2019: An Gleann; Áth an tSléibhe; Ardacha/Carraig Chiarraí; Baile Dhá Thuile; Ballyhoura; Caisleán Uí Chonaill/Atháin/Baile Iorbairt; Caladh an Treoigh/Baile Brún; Cluain Chréadhail; Garraí Eoin; Peig Uí Riian; Craobh Naomh Mhichíl; Teampall an Ghleanntáin; Tuar na Fola. The distribution of membership was as follows: 2018/2019: 276 Families (€20); 175 Seniors (€12); 13 Seniors (€8); 800 Juniors (€6). The County Board would recommend that we promote family membership. We would strongly continue to encourage parents of those students attending classes to become members so, as to provide a more tangible support to the work of the Craobh, especially in reference to those projects in which their children participate. Complimentary copies of Treoir will be issued to each €20 (Family) and €12 (senior) member, and the Craobh should look on this as one method of promoting our Heritage and Culture through the information published in Treoir.

AIRGEADAS - THE BIG MUSIC DRAW: The Big Music Draw takes place again this year. Prizes include a 1st prize of €5,000 and other prizes of €500, €250, Luxury Weekend at Fleadh Cheoil na hÉireann, 4 Tickets for the Brú Ború Show & Dinner, Gift Card worth €150 and a collection of 10 Traditional Music CDs & DVDs. Co. Limerick came away with one prize in last year’s draw : 4th Prize of Luxury Weekend at Fleadh Cheoil na hÉireann went to Daire Sheehy (Seller : CCÉ, Ballyhoura) The closing date for return of Cards to Head Office for this year’s draws was Wednesday, November 16th . The Selling Unit retained 80% of income from ticket sales. Branches are barred from purchasing tickets in the name of the branch – tickets must have names of individuals on them. The draw will take place on Saturday, December 7th at Cultúrlann na hÉireann, Dublin.

SÍNTIÚS: (INSURANCE): Comhaltas is still very fortunate to be able to retain “blanket cover”. The branch cost of €400 has been in operation for several years now and hopefully can be maintained into the future. Were we to lose this reasonable blanket cover, each unit’s events such as classes, concerts, céilithe, fleadh, féile cheoil, workshops, etc. would be required to have separate cover, which would be unmanageable due to the high cost demands. The current charges for units are: Branches €400, County Board and Provincial Council: €500.

CEOL AN GHEIMHRIDH NA MUMHAN 2018/2019: The Munster finals of Ceol an Gheimhridh 2018/2019 took place in Hazelwood College, Dromcollogher, Co. Limerick on Sunday, February 17th 2019. CCÉ, Cluain Chréadhail were the hosting branch. Qualifiers from the counties of Munster competed against each other in Music, Dancing, Singing and Storytelling competitions for ultimate provincial honours.

COMHTHIONÓL NA MUMHAN – MUNSTER CONVENTION 2019: The Annual Munster Convention of Comhaltas Ceoltóirí Éireann took place in the Hibernian Hotel, Mallow on Sunday, February 18th 2019. Tadhg Ó Maolcatha, Cathloirleach Comhairle na Mumhan chaired the meeting and welcome all those who had travelled from near and far. Special Guest Speaker on the day was Ard-Stiúrthóir of Comhaltas, Labhrás Ó Murchú. Tadhg Ó Maolcatha was re-elected as Cathaoirleach of Comhairle na Mumhan, Eibhlín Uí Mhaoldomhnaigh was re-elected as Treoraí na Gaeilge. The attendance from Co. Limerick was very poor. Each branch rúnaí in the county received a copy of the annual report of Rúnaí na Mumhan by post which outlined the activities within the province during the past year. It contains an amount of interesting information. Branch rúnaithe were asked to pass the report on to their fellow officers and others who may be interested. It contains a lot of useful information on upcoming events etc. The Discussion Group took place after the tea/coffee break at 3.45 p.m. Discussion Groups included: (a) Online Membership – Working Towards Implementation; (b) Bliain na mBall 2019 – The year of Comhaltas Membership – attracting new members, activities to retain existing members, re-engergising the Branch etc; (c) An Ghaeilge