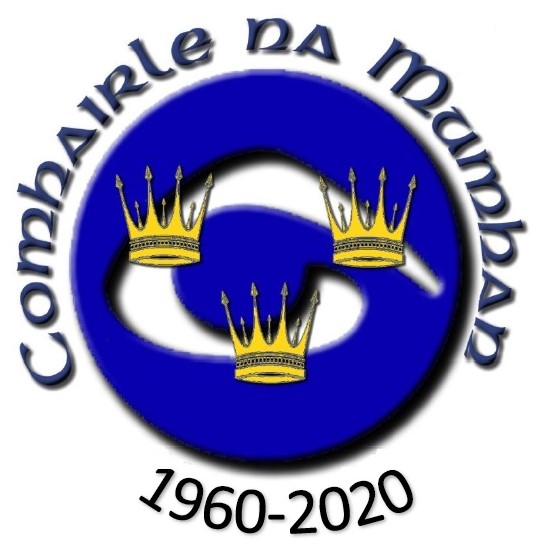 Part 1 of this report can be read here

Part 2 of this report can be read here

The following is the third and final installment of the Rúnaí na Mumhan, Assunta Uí Chathasaigh Annual Report for 2018/2019 given at February’s Munster Convention.

AN GHAEILGE: Níl aon amhras ach go bhfuil deathoil don Ghaeilge go forleathan i measc lucht tacaíochta an Chomhaltais agus tá dearcadh níos fearr le mothú sa tír i gcoitinne. Ceann des na haidhmeanna bunúsacha atá ag Comhaltas ó aimsir a bhunaithe ná cur chun cinn na Gaeilge. Bímid sa chúige seo ag iarraidh baill a spreagadh chun níos mó Gaeilge a labhairt ag imeachtaí éagsúla an Chomhaltais.  Tá ár dTreoraí na Gaeilge, Eibhlín Uí Mhaoldomhnaigh, toilteannach i gcónaí cabhair agus comhairle a thabhairt chun an Ghaeilge a chur chun cinn sa chúige. The Comhrá Gaeilge competition in the Fleadh gives a great opportunity for young members to improve their Gaeilge and gain confidence in its use. There is need for all units to encourage far greater participation in this event at Fleadh Cheoil. There has been a fall off in recent years, especially in the 12-15 and 15-18 age groups and these are the people who would benefit most from it in their preparation for oral Irish exams. A total of 83 qualified in Comhrá Gaeilge from the counties for Fleadh Cheoil na Mumhan 2019: 16 in the fé 9 age group, 22 in the 9-11 group, 23 in 11-13 group, 10 in 13-15 group and 12 in the 15-18 age group.  At Fleadh na hÉireann four Fleadh na hÉireann titles were achieved together with five more Munster qualifiers were amongst the prizewinners.

Campa Samhraidh: A seminar on the running of Campaí Samhraidh by Comhaltas units took place in Mullingar last Autumn the purpose of which was to promote this activity on a wider scale. We are aware of at least two Comhaltas branches in the province running successful Campaí for a number of years. It is proposed to have a short discussion on Campaí Samhraidh at Munster Convention 2020.

SCRÚDÚ CEOL TÍRE: The Comhaltas Traditional Music Examinations was firstly established in 1998, and is widely availed of in our province. The present Syllabus has a new range of cycles as well as Marking Systems. The SCT exams compliment the Fleadh as a method of measuring a person’s playing ability. Additionally it encourages the student to research the background to our musical heritage, the regional styles, the composers, the musical traditions of one’s own locality as well as giving due recognition to slow airs and other types of tunes rarely heard at sessions. Five students from Munster are being awarded the Micheál Ó hEidhn Medal at Congress 2020.(Awarded to students who receive a distinction at Grade 8) Teastas i dTeagasc Ceolta Tíre Comhaltas Diploma Course for Traditional Music Teachers at Cultúrlann was developed in 1981 and continues to provide a structured Diploma Course in traditional music teaching. The T.T.C.T. qualification continues to strengthen the teaching bases and has been a link-up with the current music examinations - Scrúdú Ceol Tíre CCÉ Branches could consider supporting candidates from their branch on the understanding that TTCT graduates would support the resources of the Branch having benefitted from the knowledge, skills and insights acquired during the course. Traditional musicians of the highest calibre and those with attested skills as teachers with a minimum of 100 hours of teaching experience (from beginners to advanced levels) are accepted for entry. Amongst the subject areas included in this intensive course are: Irish traditional music and traditional music education and pedagogy, instrument methodology, musical literacy and analysis, accompaniment, general preparation, the SCT as a teaching/learning framework and slow airs as part of the traditional repository. Eight Munster members were among those who received their Diploma in May last. Munster was once again represented at October 2019 Course. Comhairle na Mumhan offered two part scholarships to participant members, which were greatly appreciated by the recipients. Since 2012 the T.T.C.T. has been directed by Martin Power. 2020 Application Forms are now available.

TITHE CHEOIL: The Tithe Cheoil at Brú Ború, Bruach na Carraige, Brú na Sí, Cois na hAbhna, Ceolann, Ennistymon, Kilrush, and Cnoc na Gaoithe provide an essential base for the promotion of traditional music, song and dance in their own areas. Dúchas the magnificent new home of Comhaltas Chiarraí was opened in October 2019. It is a joint undertaking with the Institute of Technology Tralee. Macalla na hÉireann was hosted very successfully there in October. Guímid gach rath ar an Ionad álainn nua seo i gContae Chiarraí.

OÍCHE CHULTÚIR: Friday, September 21 st . Many units throughout the Province participated in Culture Night. Traditional entertainment was provided in a variety of settings to highlight our heritage on a National basis. Bhain gach éinne sult and tairbhe as na himeachtaí éagsúla.

Comhaltas National Music Draw 2019: The draw offered Branches, Co. Boards including Fleadh Coistí an ideal opportunity to raise funds. Units may retain 80% of tickets sales with a tickets cost of €5.00 each. Well done to all units in the Province that sold tickets.

CHILD PROTECTION: The Comhaltas Child Protection Policy has been circulated to all units. Branches are instructed to appoint a Designated Liaison Person.  The completed DLP forms must be returned with membership on the official form, as well as detail shown on the annual membership form. Comhaltas has adopted the online process called E Vetting and this is the only method now acceptable. Branches are requested to ensure that all class teachers as well as officers and other branch personnel in

frequent contact with children, are Gárda vetted.  Training Day in relation to Child Protection and GDPR has taken place.

Data Protection – GDPR: General Data Protection Regulations came into force on May 25th, 2018. It is vital that all units use the new standard Comhaltas membership application form which includes an active opt-in, in relation to the acquisition of images, audio/visual capture etc by CCÉ, and appropriate collecting, storing and use of contact details and other personal data etc.

BRÓN AR AN mBÁS: I would like to express sincere sympathy to all Comhaltas families who have suffered bereavements during the past year. No year goes by without the sad passing of members and friends who have rendered great service and dedication to Comhaltas. They have left behind them a legacy of music-making and individuality. Their memories and music will continue to inspire us. Go rabhadar uilig i gcomhluadar Dé s’na Flaithis agus ceol binn na n-aingeal ina dtimpeaill.

BUÍOCHAS: It is appropriate that I express sincere thanks and appreciation of the splendid work being done by so many dedicated members throughout the Province. I wish to record my sincere thanks to my fellow officers and members of Comhairle na Mumhan for their assistance, advice, support, guidance, received during the past year. I am grateful to the Ard Stiúrthóir and Cultúrlann staff as well as many others who have helped in many ways. Míle buíochas to County & Branch Officers for their hard work, efficiency and co-operation in so many different ways. I wish to convey my thanks to County Secretaries for their commitment and co-operation. It has been a pleasure to work with so many outstanding and committed Comhaltas members. Ní neart go cur le chéile”

Comhaltas in Munster has come a long way from the humble beginnings of Comhairle na Mumhan 60 years ago. What we have today has come about from the utter dedication and inspiring leadership of our founding fathers and those who succeeded them. We all have to play our part as secure custodians of our heritage and traditions. We look forward to dealing with the challenges ahead to keep our traditions, our heritage and our culture alive – Ár Chultúr, Ár dTeanga, Ár nDánta, Ár gCeol, Ár nAmhráin, Ár Rincí, Ár nGaelachas.